Get verified information about Applebee's complaints email & Phone number. Call 888-592-7753 to make a complaint to Applebee's about their service. 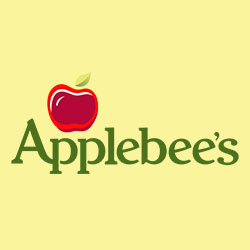 How to make a Complaint to Applebee's

Although many Applebee's restaurants are franchises and thus individual businesses, you can complain to the company centrally on the complaints line 888-59APPLE or 888-592-7753. You can also complain via post, email or by calling in to the restaurant in question and speaking to someone in authority.

Applebee's is an American company which develops, franchises, and operates the Applebee's Neighborhood Grill and Bar restaurant chain.

The Applebee's chain was started by Bill and T. J. Palmer, who opened their first restaurant, T.J. Applebee's Rx for Edibles & Elixirs, in Decatur, Georgia, on November 19, 1980.

Hopefully, We helped you to get some genuine records for Applebee's Complaint information.

Use below complaint form to discuss problems you have had with Applebee's, or how they have handled your complaints. Initial complaints should be directed to Applebee's directly. You can find complaint contact details for Applebee's above.