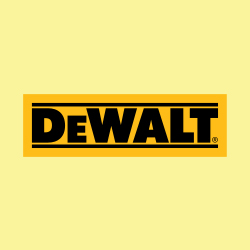 Get verified information about DeWALT complaints email & Phone number. Call 1-800-433-9258 to make a complaint to DeWALT about their service.

Get verified information about DeWALT complaints email & Phone number. Call 1-800-433-9258 to make a complaint to DeWALT about their service.

How to make a Complaint to DeWALT

You should call DeWALT complaints line in the first instance on 1-800-433-9258. If this does not resolve matters, then further steps can be taken. Further information is on the website along with details of alternative contact options such as contact form, email and visiting your local branch.

DeWalt is an American worldwide brand of power tools and hand tools for the construction, manufacturing and woodworking industries. The original company was started in 1923 by Raymond E. DeWalt, the inventor of the radial arm saw.

Hopefully, We helped you to get some genuine records for DeWALT Complaint information.

Use below complaint form to discuss problems you have had with DeWALT , or how they have handled your complaints. Initial complaints should be directed to DeWALT directly. You can find complaint contact details for DeWALT above.

Are the tools with two prong cords OSHA approved?

What is the DEWALT Money Back Guarantee?

If you are not completely satisfied with the performance of your DEWALT Power Tool, Laser, or Nailer for any reason, you can return it within 90 days from the date of purchase with a receipt for a full refund.  For questions on how to return a tool, please contact the retailer where you made the purchase.

Does DEWALT offer a set of guide bushings for the line of DEWALT routers?

DEWALT no longer offers template guides, however our sister company, Porter Cable offers them individually and as the set Model 42000 which work universally with the DEWALT routers.