Get verified information about Microsoft complaints email & Phone number. Call 1-800-642-7676 to make a complaint to Microsoft about their service. 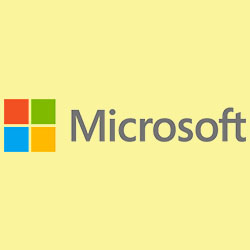 How to make a Complaint to Microsoft

In the first instance, you should contact Microsoft by phone on 1-800-642-7676. If this does not work, then the next step is to write to the company. The website explains the steps required to progress your complaint. Other contact methods including online and post, and Microsoft resolve to handle complaints in a systematic fashion keeping the customer informed at all times.

Microsoft was founded by Bill Gates and Paul Allen on April 4, 1975, to develop and sell BASIC interpreters for the Altair 8800.

Hopefully, We helped you to get some genuine records for Microsoft Complaint information.

Use below complaint form to discuss problems you have had with Microsoft, or how they have handled your complaints. Initial complaints should be directed to Microsoft directly. You can find complaint contact details for Microsoft above.