Get verified information about Morrisons complaints email & Phone number. Call 0345 611 6111 to make a complaint to Morrisons about their service. 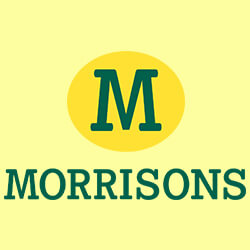 How to make a Complaint to Morrisons

Morrisons operates an easy to follow complaints procedure. The first step is to call the complaints line on 0345 611 6111. They say the vast majority of complaints are successfully resolved at this stage. If yours is not, then the subsequent steps to take are clearly shown on the website.

Morrisons, is the fourth largest chain of supermarkets in the United Kingdom. Founded in 1899 by William Morrison. As of 2016 the company had 498 superstores around England, Wales and Scotland, and one in Gibraltar, that's the chain's only store outside Great Britain.

Hopefully, We helped you to get some genuine records for Morrisons Complaint information.

Use below complaint form to discuss problems you have had with Morrisons , or how they have handled your complaints. Initial complaints should be directed to Morrisons directly. You can find complaint contact details for Morrisons above.