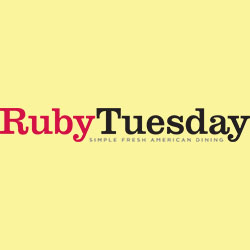 How to make a Complaint to Ruby Tuesday

Complaints handling is available on the Ruby Tuesday website via 'Customer Support.' The first step is to call on the complaints line 918 274 7000 / 865-379-5700. If your complaint is not resolved at this stage, the company's complaints procedure is clearly set out along with further contact details such as a correspondence address and online contact form.

Ruby Tuesday Inc. is a multinational foodservice retailer that owns, operates, and franchises Ruby Tuesday restaurants. The corporation was formed in 1996 as a reincorporation of Morrison Restaurants Inc. Their flagship brand is an American cuisine casual dining restaurant chain that is primarily located along the eastern coast of the United States.

Hopefully, We helped you to get some genuine records for Ruby Tuesday Complaint information.

Use below complaint form to discuss problems you have had with Ruby Tuesday, or how they have handled your complaints. Initial complaints should be directed to Ruby Tuesday directly. You can find complaint contact details for Ruby Tuesday above.