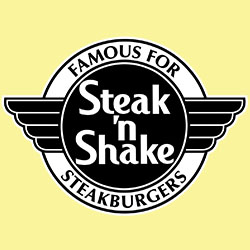 How to make a Complaint to Steak 'n Shake

Although many Steak 'n Shake restaurants are franchises and thus individual businesses, you can complain to the company centrally on the complaints line (877) 785-6745. You can also complain via post, email or by calling in to the restaurant in question and speaking to someone in authority.

Steak 'n Shake is an American casual restaurant chain. Gus Belt founded Steak 'n Shake in Normal, Illinois in February 1934, after serving four years in the United States Marine Corps. There are 544 locations, of which 417 are company-operated and 127 are franchised. The menu features primarily hamburgers and hand-dipped milkshakes, though other entrees, side items, and drinks are also available.

Hopefully, We helped you to get some genuine records for Steak 'n Shake Complaint information.