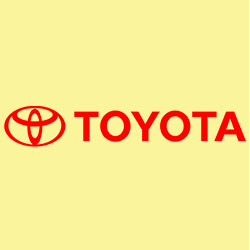 Get verified information about Toyota complaints email & Phone number. Call 800-331-4331 to make a complaint to Toyota about their service.

Get verified information about Toyota complaints email & Phone number. Call 800-331-4331 to make a complaint to Toyota about their service.

How to make a Complaint to Toyota

You should call Toyota complaints line in the first instance on 800-331-4331. Lines are open from M-F 7:00 a.m. - 7:00 p.m. CT Sat. 7:00 a.m. - 4:30 p.m. CT. If this does not resolve matters, then further steps can be taken. Further information is on the website along with details of alternative contact options such as contact form, email and visiting your local branch.

There is a separate line of communication accessed from the 'making a complaint section' of the website.

Toyota is the world's market leader in sales of hybrid electric vehicles, and one of the largest companies to encourage the mass-market adoption of hybrid vehicles across the globe.

The company was founded by Kiichiro Toyoda in 1937, as a spinoff from his father's company Toyota Industries to create automobiles.

Hopefully, We helped you to get some genuine records for Toyota Complaint information.

Use below complaint form to discuss problems you have had with Toyota, or how they have handled your complaints. Initial complaints should be directed to Toyota directly. You can find complaint contact details for Toyota above.

How do I make a complaint to Toyota?

Does Toyota ever do 0 interest?

With possible 0% financing, Toyota puts you in control of your car ownership. Get the car you've always wanted without a high APR rate.

Where can I pay my Toyota bill?

Cash payments to your account can be made through CheckFreePay. Visit www.checkfreepay.com for retailer locations.

For questions or inquiries regarding your online account, applying for credit or making a payment, you may contact Toyota Financial Services (TFS) directly by phone at 1-800-874-8822, Monday through Friday, 8:00 AM - 8:00 PM (in your local time zone).