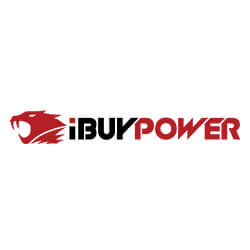 Get verified information about iBUYPOWER complaints email & Phone number. Call (888) 462-3899 to make a complaint to iBUYPOWER about their service.

Get verified information about iBUYPOWER complaints email & Phone number. Call (888) 462-3899 to make a complaint to iBUYPOWER about their service.

How to make a Complaint to iBUYPOWER

iBUYPOWER provides full complaints tackling accessible initially by telephone on (888) 462-3899. If your complaint cannot be resolved at this point, a set of measures to take and other contact options are available.

The Complaint via Email : techsupport@ibuypower.com

Since 1999, iBUYPOWER has been delivering on its promise to build the best gaming systems for the most discerning gamers. Their systems have since become the backbone for professional gamers, game developers, LAN centers, major esports tournaments, and every day consumers.

iBUYPOWER has worked intimately with brands such as Intel, NVIDIA, AMD, Microsoft, Western Digital, Asus, Bethesda, MLG, and many more.

Hopefully, We helped you to get some genuine records for iBUYPOWER Complaint information.

Use below complaint form to discuss problems you have had with iBUYPOWER, or how they have handled your complaints. Initial complaints should be directed to iBUYPOWER directly. You can find complaint contact details for iBUYPOWER above.

How long does iBUYPOWER take to deliver?

Without any Rush options selected, you can expect your order to be processed within 1-2 days and shipped approximately 5-10 business days. Orders will not be processed on weekends and/or holidays.

Does Ibuypower have warranty?

iBUYPOWER provides a 30-Day Money Back Guarantee (does not include shipping, handling and rush service fees) and the following limited warranty. This limited warranty extends only to the original purchaser.

Do iBUYPOWER computers come with Windows?

All iBUYPOWER systems come equipped with Windows 10 pre-installed. Whether you're in the market for a high-end gaming PC or an entry-level desktop, they cover all ranges of specs and pricepoints for your next-generation Windows 10 desktop.

How much does shipping cost?

Shipping rates really depend on what you order, which shipping you select, and where they are shipping.

How long does it take to ship a computer?

How can I check the status of my order?

You can check your order status by either clicking the Order Status button at the top of most pages on their site (https://www.ibuypower.com/Account/StatusCheck.aspx), or logging into your My Account page, or calling us at 888-462-3899.