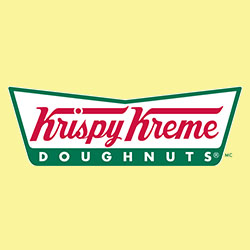 How to make a Complaint to Krispy Kreme

Complain to Krispy Kreme on the complaints line 1-800-4KRISPY (1-800-457-4779) if your grievance relates to food purchased and/or an incident in one of their restaurants. Although some restaurants are franchises and thus privately owned businesses, you can still make a complaint centrally to Krispy Kreme themselves. Along with the telephone, you can email the company.

Krispy Kreme Doughnuts, Inc. is an American doughnut company and coffeehouse chain. Krispy Kreme founder Vernon Rudolph bought a yeast-raised recipe from a New Orleans chef and, in 1937. In 2016, the company returned to private ownership under JAB Holding Company, a private Luxembourg-based firm.

Hopefully, We helped you to get some genuine records for Krispy Kreme Complaint information.

Use below complaint form to discuss problems you have had with Krispy Kreme, or how they have handled your complaints. Initial complaints should be directed to Krispy Kreme directly. You can find complaint contact details for Krispy Kreme above.

Where can I place an online order?

You can place an online order on their website or download their app which is available on the App Store and Google Play.

Can I use gift cards with online orders?

If the Gift Card is a standard VISA/MC/AMEX Gift cards, then yes. Any other gift cards are not accepted at this time.

How do I complain to Krispy Kreme?