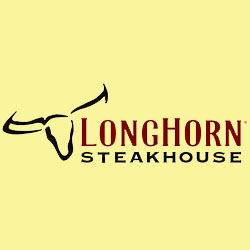 How to make a Complaint to LongHorn Steakhouse

LongHorn Steakhouse have a complaints line on (407) 245-4000 (Headquarters) where you can make your initial complaint. A structured process is in place to handle your issue and keep you informed on a regular basis, and various other contact methods are shown on the website in the 'Contact Us' section.

LongHorn Steakhouse is an American casual dining restaurant chain that is owned and operated by Darden Restaurants.

LongHorn Steakhouse was founded in 1981 by George McKerrow, Jr. and his father. McKerrow was a former manager at Victoria Station, a San Francisco based concept with railroad cars used as dining areas that was popular in the US during the 70's and 80's.

Hopefully, We helped you to get some genuine records for LongHorn Steakhouse Complaint information.