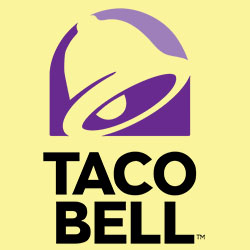 How to make a Complaint to Taco Bell

Taco Bell operates an easy to follow complaints procedure. The first step is to call the complaints line on 1 (800) 822-6235. They say the vast majority of complaints are successfully resolved at this stage. If yours is not, then the subsequent steps to take are clearly shown on the website.

Full contact details are listed long with how Taco Bell will handle your complaint and what they require from you.

Taco Bell is an American chain of fast food restaurants. Taco Bell was founded by Glen Bell, an entrepreneur who first opened a hot dog stand called Bell's Drive-In in San Bernardino, California in 1948. The first Taco Bell franchise opened in Torrance in 1964, and by 1967, the company was growing rapidly, opening its 100th restaurant in the same year.

Who is the CEO of Taco Bell?
Mark King

Can Taco Bell employees accept tips?
Under the "On the job at Taco Bell" section of the handbook, there are several well-defined rules for employees to follow. Between "Never take unsold food out of the restaurant" and "Do not sleep or chew gum while on the clock," there is a clear rule that states, "Do not ask for or take tips from customers."

Hopefully, We helped you to get some genuine records for Taco Bell Complaint information.

Use below complaint form to discuss problems you have had with Taco Bell, or how they have handled your complaints. Initial complaints should be directed to Taco Bell directly. You can find complaint contact details for Taco Bell above.