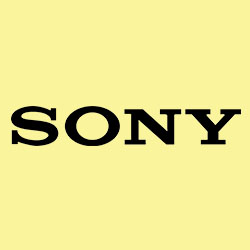 Get verified information about Sony complaints email & Phone number. Call 1 (800) 222-7669 to make a complaint to Sony about their service.

Get verified information about Sony complaints email & Phone number. Call 1 (800) 222-7669 to make a complaint to Sony about their service.

How to make a Complaint to Sony

Complaints handling is available on the Sony website via 'Customer Support.' The first step is to call on the complaints line 1 (800) 222-7669. If your complaint is not resolved at this stage, the company's complaints procedure is clearly set out along with further contact details such as a correspondence address and online contact form.

Hopefully, We helped you to get some genuine records for Sony Complaint information.

Use below complaint form to discuss problems you have had with Sony, or how they have handled your complaints. Initial complaints should be directed to Sony directly. You can find complaint contact details for Sony above.

Please contact Sony's Customer Service Call Center or go to www.sony.com/support for a list of Sony Retailers. In the U.S. and Puerto Rico, call (800) 942-SONY (7669). Pursuant to this Limited Warranty, SONY will replace the product with a new or refurbished product.